Hello everyone! I’m happy to say that this week this article of mine was  featured on theamazingastore.com; a website aimed to support/sell books from emerging, talented authors, as well as clothing and accessories from independent fashion designers. Feel free to check it out and support emerging authors and talent!

That being said, the time has come when Spring is in the air and the annual “Spring Cleaning” has officially begun. Every year, I always find myself cleaning out my bookshelf, with hopes that I shall fill it with new books perfect to read during the new season.

While it’s always hard for me to narrow down which books I will find myself buried in, here’s my seasonal reading list:

I don’t know about you, but I’ve been HOOKED on FX network’s The People vs. O.J. Simpson. Although everyone knows the ending of this murderous tale, not everyone knows the hidden gossip that occurred behind-the-scenes of, what seems to be, the first “reality show”/Crime drama America ever witnessed. Served as inspiration for the show, starring Cuba Gooding, Jr. and John Travolta, Legal Journalist Toobin details the whole story of the Simpson case, leaving readers on the edge of their seat. Safe to say my dreams of becoming a Nancy Drew were fulfilled while reading this book. 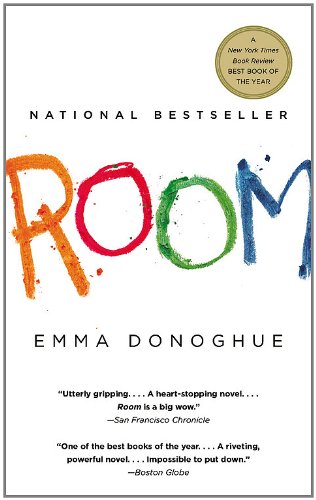 A captivating story filled with love, strength and hope, this novel has the ability to change the way you think about life. Held captive for seven years, “Ma” must raise her son in a eleven-by-eleven-foot space as she fights to escape to the world existing beyond their four walls, yet create a life for her son despite their circumstances.  With a film adaption having been nominated for four Academy Awards and a win for Brie Larson for “Best Actress,” this novel sends the perfect message to never give up hope and to never underestimate your own strength.

I will admit that regardless of how many times I have watched “The Fault in Our Stars,” I consistently bawl my eyes out as if I am watching it for the first time. After watching the trailer for the film adaptation of Moyes’s novel, it can be safe to label this film/book as “The Fault in Our Stars” 2.0, only geared for a more mature, adult audience.

After Louisa Clark takes a job working for Will Traynor, a former University professor constrained to a wheelchair after an accident, she unexpectedly finds herself on a journey to finding a bigger life purpose than she expected for herself. Being a story of two uncommon people finding love and hope within each other, all I can say is to be prepared to reach for that box of tissues and tub of froyo in the freezer (I won’t tell if you won’t tell).

4. “How to Be Single” by Liz Tuccillo

“Sex in the City” meets “How to Lose a Guy in 10 Days,” in Tuccillo’s witty account of what it is really like to be single. Telling stories of Julie and her friends enduring the ups-and-downs of being single, Tuccillo brilliantly delivers the reality check every single person needs: Being single may seem like it sucks, but it truly is the best time in your life. So for all you singles looking for the light at the end of your dark tunnel of negativity on being “alone,” read this book!