*** Blog Disclaimer*** Hope all of you love the newly designed Good Girl Diaries! I finally got around to designing it the way that I always saw this blog and hope you like it as well! 🙂

Now that I got my little blog disclaimer out of the way, let’s talk about yesterday’s holiday shall we?

Doesn’t it seem like every celeb has a lavish gathering for every holiday? Now obviously 4th of July is a huge party holiday for everyone, but I can’t help but think that if it was “National Hamburger Day,” Taylor Swift would probably still throw a bash with karaoke, dancing and her signature squad photos on Insta posing with freshly grilled burgers (then get millions of likes). Mind you I’m lucky if I were to get .01 percentage of that many likes on my burger post on Insta.

Now I always envy the amazing parties celebs have every year and thought I would share some of my faves from this 4th of July!

Being a Haute Mess contributor myself, I gotta say that Boss babe Ashley Tisdale is always one to post some of the cutest celeb posts for the day. Does anyone remember her and Vanessa Hudgens’ picture from last year? 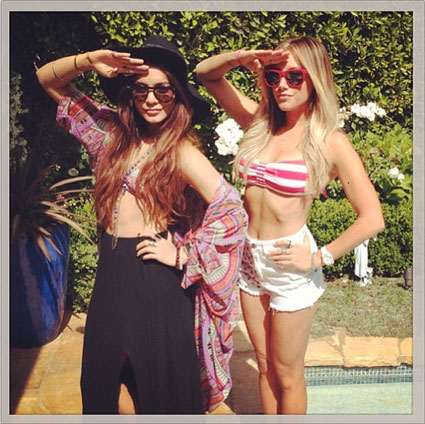 After becoming a new Mom, it’s nice to see her having so much fun and taking some time for herself to R&R. You can’t help but have a smile on your face after seeing this cute photo! 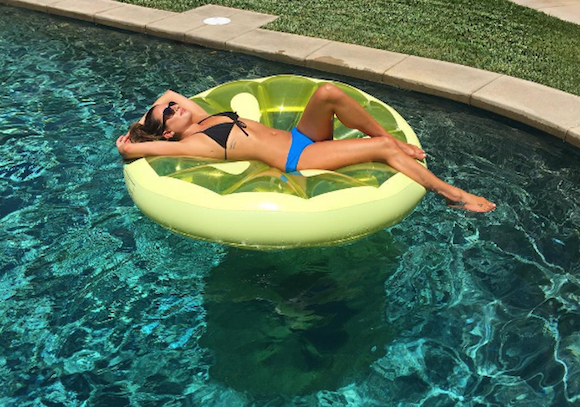 Umm if I could just have her body that would be great. Thank you Lea Michele for giving us all vacation envy. Her festive cupcakes also looked delicious!

Rihanna is a known style icon, so it’s no surprise that she made a fashion statement this 4th. Pretty sure that after she posted this picture, we all want our own American flag purse! 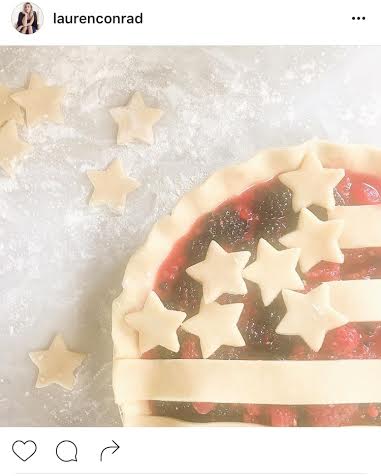 Leave it to Lauren Conrad to make us all drool with one simple post. Her festive American Flag pie was probably the hit of her family’s social gathering!

A little fact about me is that I worship Justin Timberlake. So after seeing this post of his baby, it automatically became one of the cutest pics to grace Instagram… well in my opinion!

I was so happy to see that there was a celeb out there that was actually celebrating the holiday the same exact way as me, with my beautiful dogs! The loud sound of the fireworks frightens my dogs, so I tend to stay home and cuddle with them as we watch the fireworks on TV. Now if I could only get them to stand still for a cute picture like Hilary’s…

While she’s not in America celebrating America, you can’t help but want to be on her Fiji adventure for the fourth. Nothing more relaxing than being away from the chaos and witnessing the beauty of the world.

Even though she’s currently on the road for her Revival Tour, that doesn’t stop Selena Gomez from having some fun with her friends for the Fourth. In Arizona due to her upcoming show, it looked like she had fun off-roading in the desert with her friends.

Best way to chill out after a fun active day? A pool party of course! Leave it to Selena to post a mini music video as she struts through her crowd of friends to only jump in the pool.

Taylor Swift… and her millions of friends

Even if you’re not a dedicated Swift fan, it’s known around Hollywood that Taylor Swift owns the fourth of July. Every year she always hosts an amazing party with her millions of friends (can we ever get a list of who she’s not friends with?) This year, the theme was “Taymerica” and she was surrounded by celeb friends that include, Blake Lively, Ed Sheeran, Gigi Hadid, Karlie Kloss, her new man Tom Hiddleston and the list goes on and on. All I gotta say is that it has become one of my life goals to be invited to a Taylor Swift 4th of July party.

If you’re wondering how I was spending the holiday, let’s just say I decided to spend it in solitude with looking at the beautiful country around me 🙂